I started playing Final Fantasy XIV (FF) in February when my disappointment about the many quirks of Black Desert Online (BDO) reached an all-time high. After feeling that a lot of things were unpolished in BDO I wanted to try an MMO with monthly subscription - the assumption being that the extra money was used for a certain layer of polish and QA that I long for when playing a video game.

I was pleasantly surprised. All the GUIs were fine, not overloaded, no text outside of its intended boxes or similar stuff showing neglect on behalf of the developer. While the beginning of combat is rather boring and depressingly slow, it grows better when you get more skills. The world is build with attention to detail even though I felt that BDO’s world felt more alive, especially Altinova. I want to point out that the writing is superb. The jokes, pop culture references and times when the game doesn’t take itself serious are amazing.

When taking pictures in FF I am almost always taking images of events and experiences, even characters whereas in BDO my favorite motive was the environment. 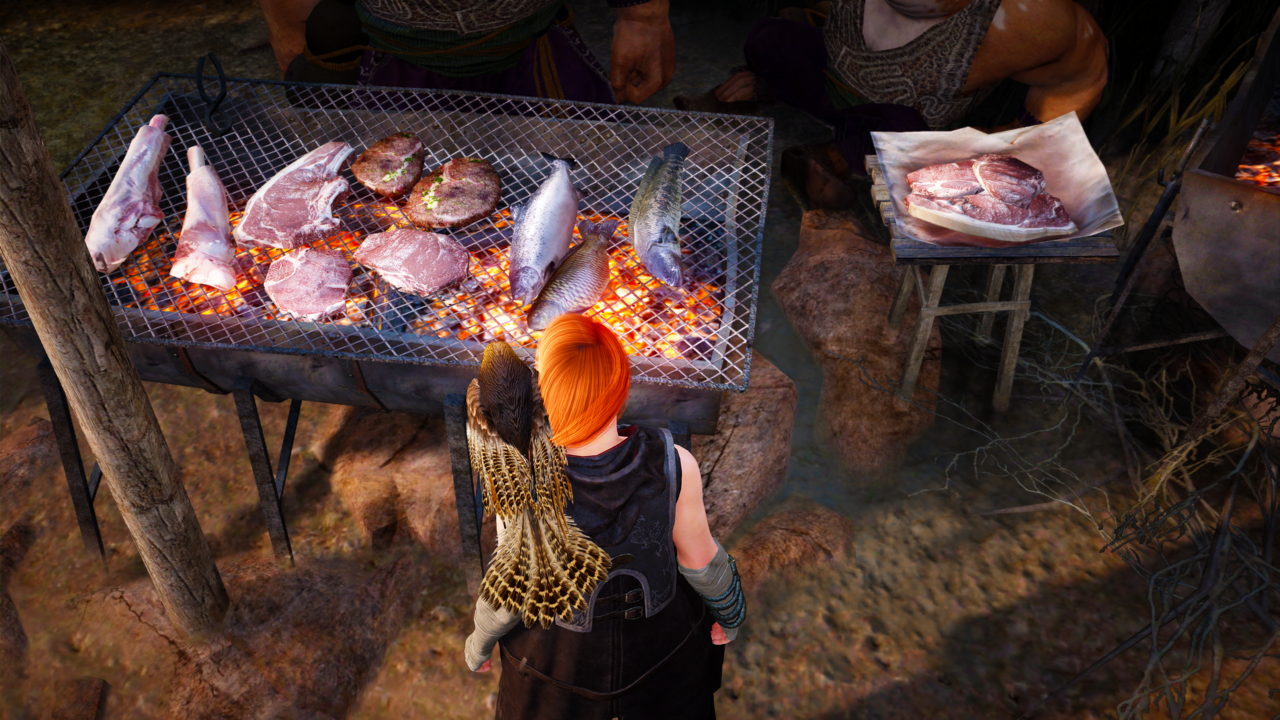 Another thing I realized early on is how the game is build to foster community and friendliness. There are systems in place to help new players (Novice Chat), that encourage players to play older content with others (dungeon bonuses, second chances for Khloe’s Wondrous Tails) and to be generally helpful and cooperative while in an instance (player recommendations). All this is just so fundamentally different from the dog-eat-dog mentality in BDO where you can basically get stabbed outside safe zones with little to no repercussions for the murderer.

Let me tell you about Kakysha Saranictil, a rogue and ninja fighting for the good of the people of Eorzea. She is a hero both to the common folk as she is to statesmen. Fighting for the right cause is reason enough for her to help everyone, be them a poor miner in a almost forsaken village or the ruler of a grand city-state. 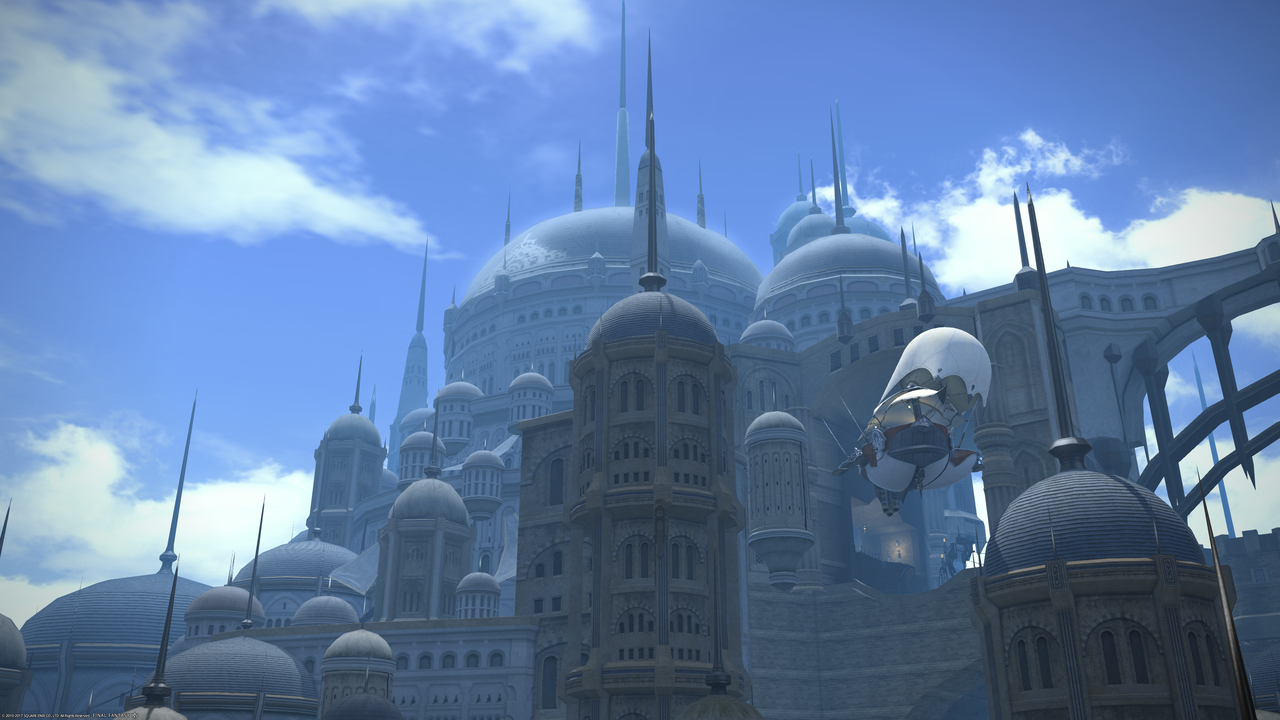 While she started her journey as pugilist (read: martial artist) in Ul’dah, the prosperous desert nation, she soon discovered that her true calling are the shadows and so she became a member of The Dutiful Sisters of the Edelweiss in Limsa Lominsa where she studied under Captain Jacke. As her travels led her all over Eorzea she sadly realized that Jacke had little left to teach her. Gladly Oboro, a ninja hailing from Doma in the Far East took her under his wings and taught her the ways of the ninja. 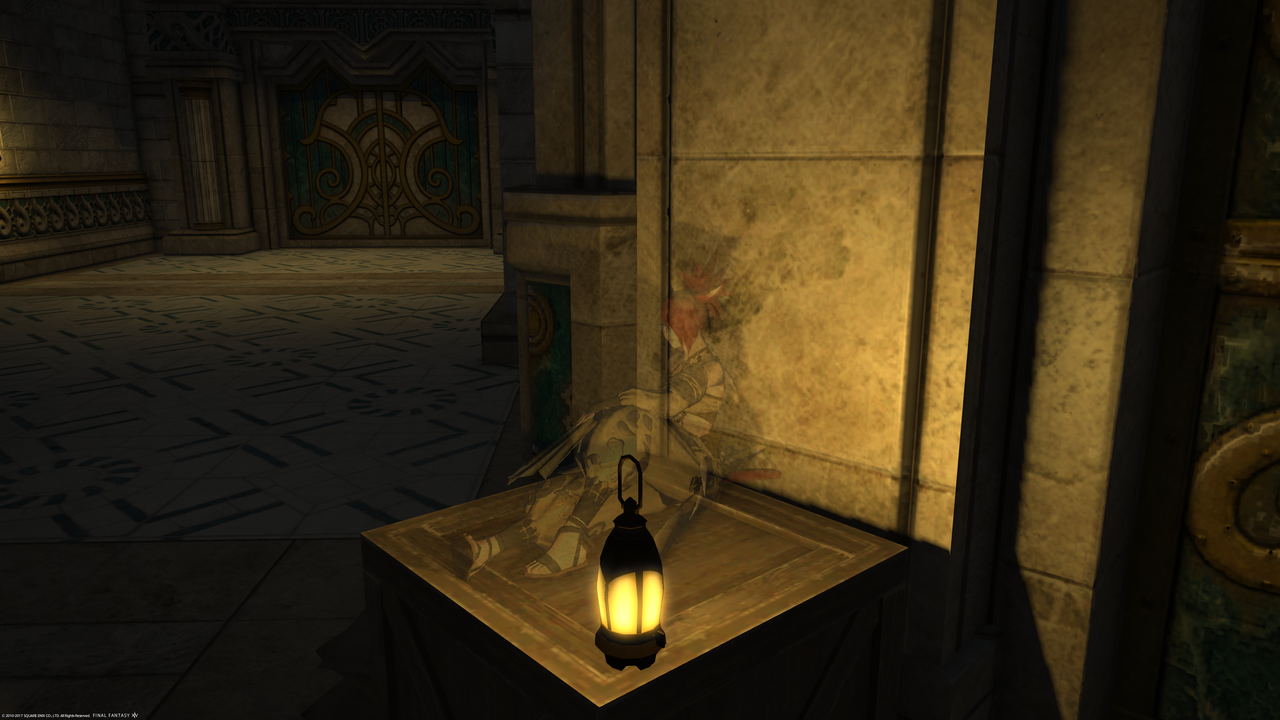 Now, while her comrades at the Scions of the Seventh Dawn certainly kept her busy defending this or that nation from both primal and Garlean threat, she certainly did spent her downtime well, building trust with a more conservative faction of Ul’dah’s lizard people, the Amalj’aa. A proud folk of warriors, they came to respect her when she helped them uphold their traditions again and again against their religious fanatical kin revering Ifrit as well as defending their clanswoman.

Admittedly even a hero needs a little rest from time to time and what better use of said downtime would there be than finally having dinner with her close friend, Ser Aymeric de Borel. 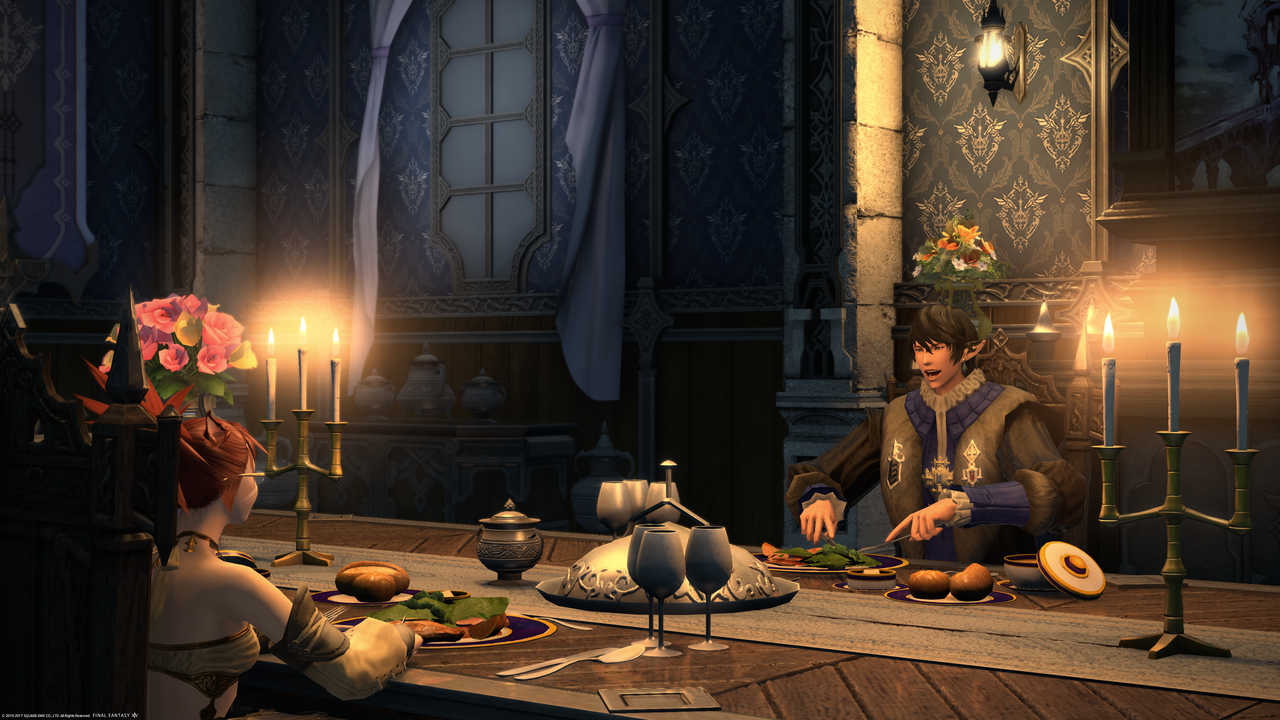 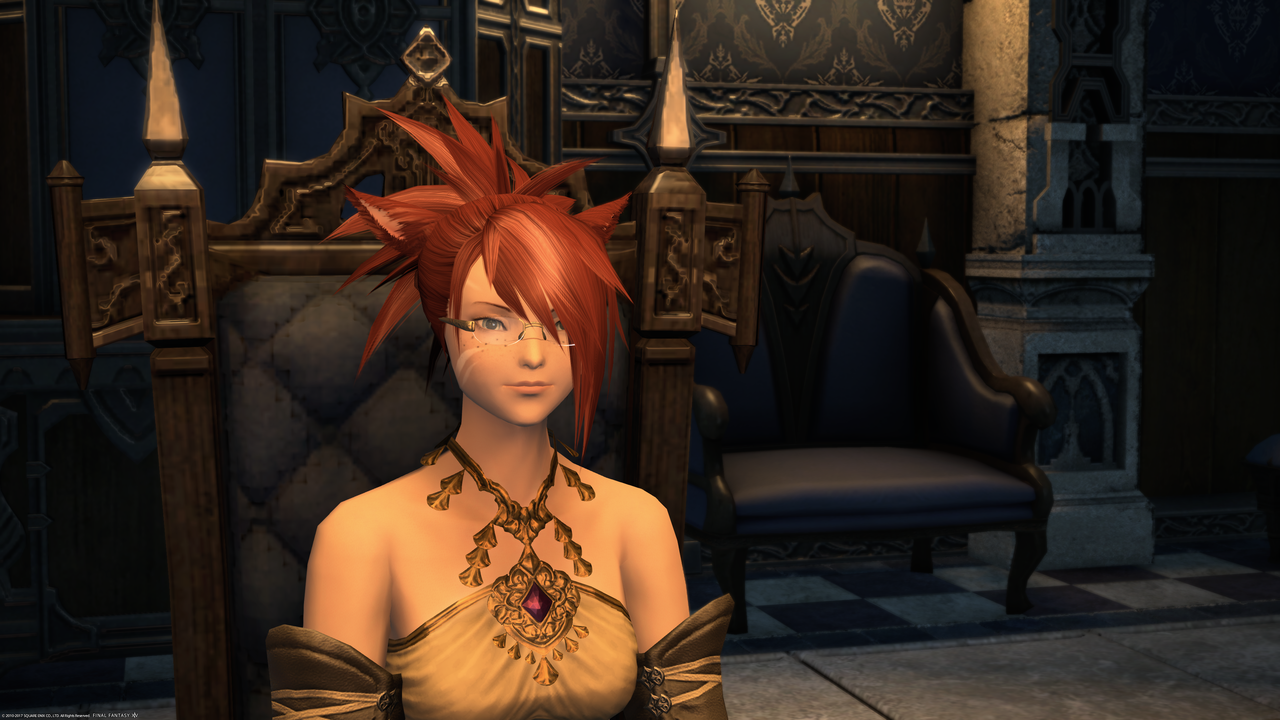 But even between all those events, she found a sense of belonging, of fellowship. Kakysha joined a Free Company soon after starting her journey, but ultimately felt unfulfilled by both the people and their way of treating each other. After a long period of solitude she ultimately came across the Seraphs, Jenji and Syn Seraph, who invited her to join their Free Company, The Black Crown, where people were pleasant and all was well. While Crown has a considerable amount of adventurers who have failed to show up in recent times there is a core group of heroes who are there to help others, to talk and to have fun with.

Recently one might come to the impression that Kakysha had become complacent, ignoring the plight of her fellow people. Nothing could be further from the truth - it is only that she needed to focus on solving the biggest issues first (namely, the liberation of Doma and Ala Mhigo) before tackling the smaller issues (left over sidequests) now that a manner of peace has been established. 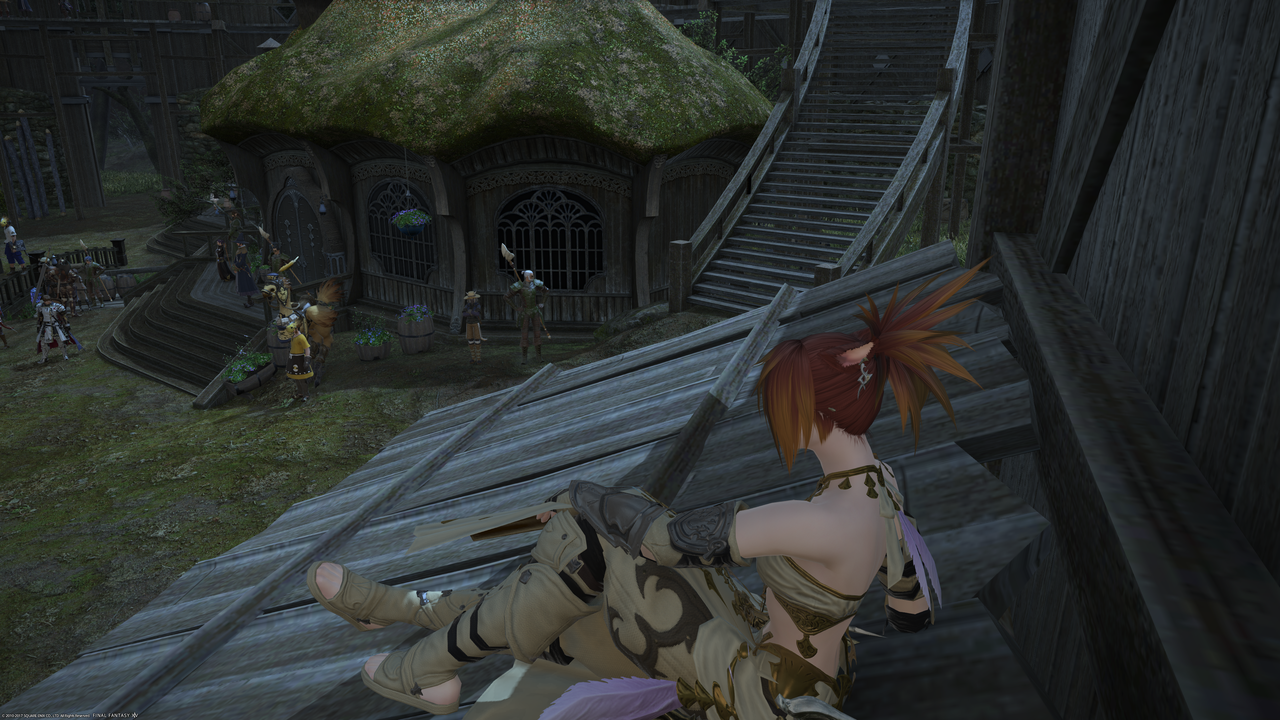 Look out for her on the Phoenix, EU server - you’ll know her by her completely sand colored clothes - be they adorned by gems and jewels or more work oriented with belts and pouches, bright red hair and glasses.